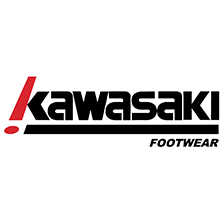 Kawasaki footwear was initially created for the badminton courts by two Danish elite badminton players in 1972. The iconic reinforcement on the toe would protect players from breaking out of their shoe tips when pounding towards the net. Ever since the unique Kawasaki original saw the light of day, it has become a hit in many different communities and contexts. One of the more unexpected examples of this occured during the 1980s. It became the preferred shoe for roofers in its native Denmark due to the light weight and grippy non-slip rubber soles that are ideal for keeping worker's feet thoroughly planted on the inclining roof tops.

Later on it became a very popular indoor football shoe. Rumour has it that the legendary soccer player Michael Laudrup once told a nationwide Danish newspaper, that the Kawasaki shoe was his absolute favourite shoe for indoor soccer. In line with the ever expanding area of appeal, new subcultures and workers taking on the shoe for its inherent qualities, Kawasaki began expanding the line. They have changed the materials, colours and accents on the shoe over the years, reinventing the appeal to each new generation.

The very simple idea that this classic sports shoe can be used and loved by so many different people, for very different uses, fits in with the Kawasaki idea that their unpretentious shoe can be worn and enjoyed by everyone from the more fashion orientated wearer to the odd jobber. This is one of the core elements to the brand, a shoe for anyone and everyone.

The shoe is still the same today as it was in 1972, a simple canvas upper, a durable rubber sole unit with a hard wearing suede and rubber cap to make it harder wearing. Now available in numerous colours and more to come, no doubt. 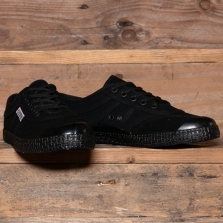 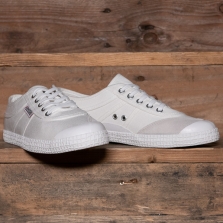 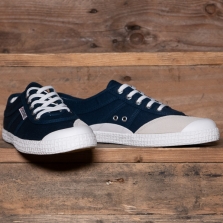 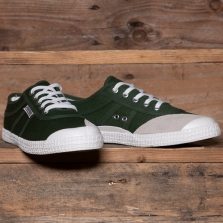