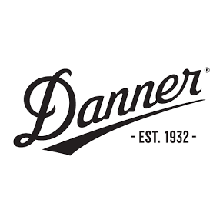 The Danner Shoe Mfg Company was founded in 1932 in Chippewa Falls, Wisconsin, USA. Initially making hand crafted general work boots they moved to Portland, Oregon in 1936 after their founder, Charles Danner, discovered the need for good quality logging boots in the area had not been met. Through steady expansion of the range of boots manufactured Danner has grown in to a worldwide brand respected for its quality, durability and authenticity.

The expansion has brought about a range that is vast in both its number and its range. The boots made by Danner cover every kind of outdoor pursuit you can think of and maybe a few that you have never heard of too. They also provide work specific boots for Armed Forces and local enforcement agencies along with the type of hunting boot that is so specific it causes wonder. All of this is relevant in that they still use all of this specialist knowledge in their everyday range. The cushioning and outsole from a boot for a very specific pursuit can be used in an everyday boot.

Of course they still manufacture boots specifically for walking in the great outdoors. While boots from the mid last century are still in production they constantly innovate and incorporate these innovations in to contemporary walking boots. Their Mountain 500 boot is a great example, with a shape that harks back the build of the boot has many technological innovations to make sure you have the best fitting and wearing boot for your walks.

While they are a worldwide company, Danner are still as committed to Portland and the Pacific North West as every. They have their own factory in based in Portland where they make their US manufactured boots such as the Bull Run that we stock and they still employ many specialists in that factory and their business. 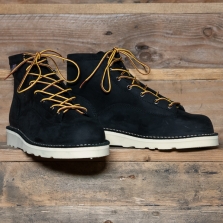 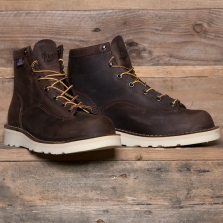 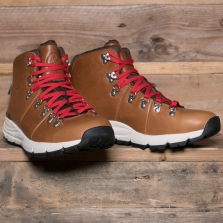